Back Home in JT. Piles of Joyous Laundry. 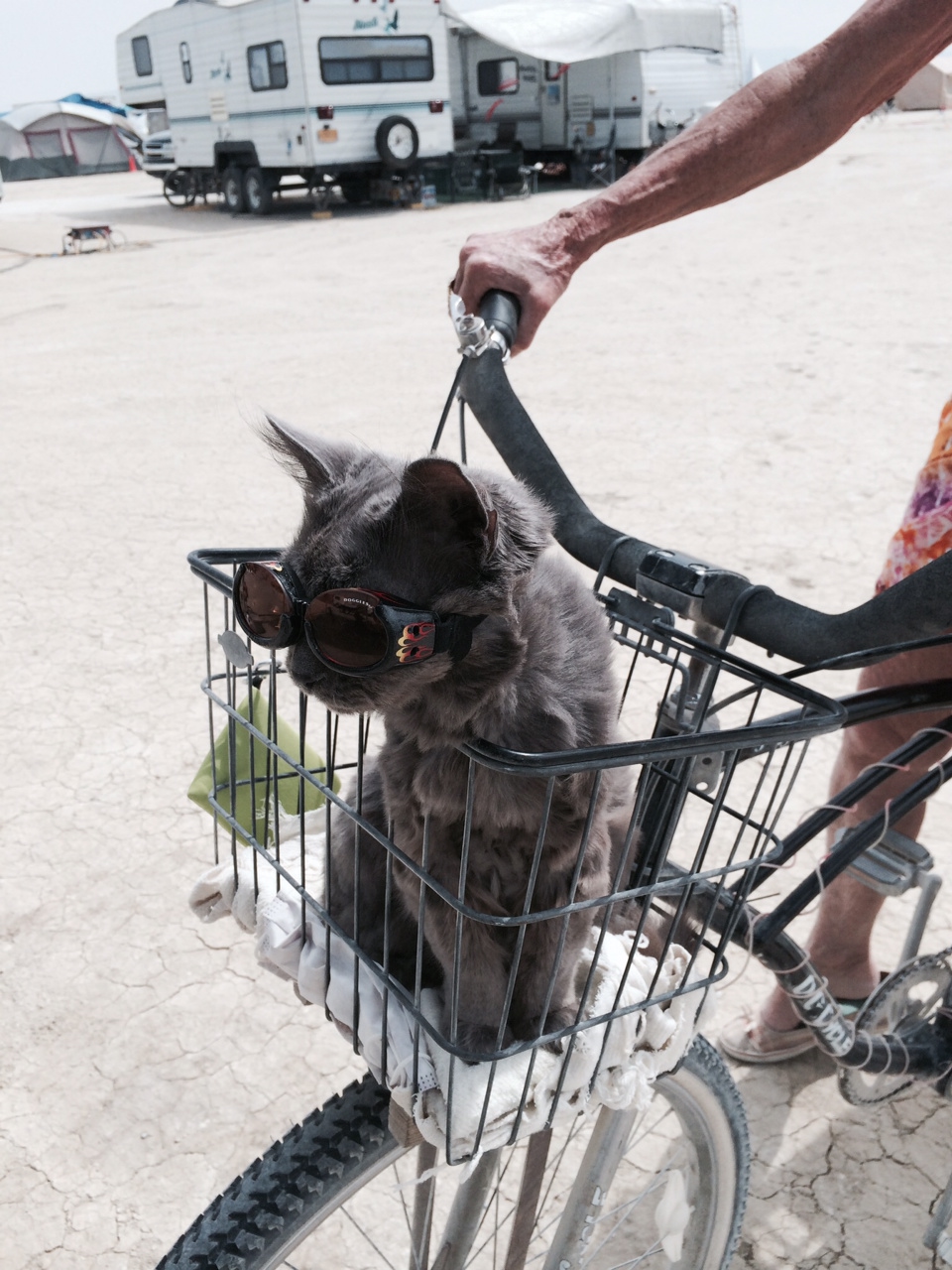 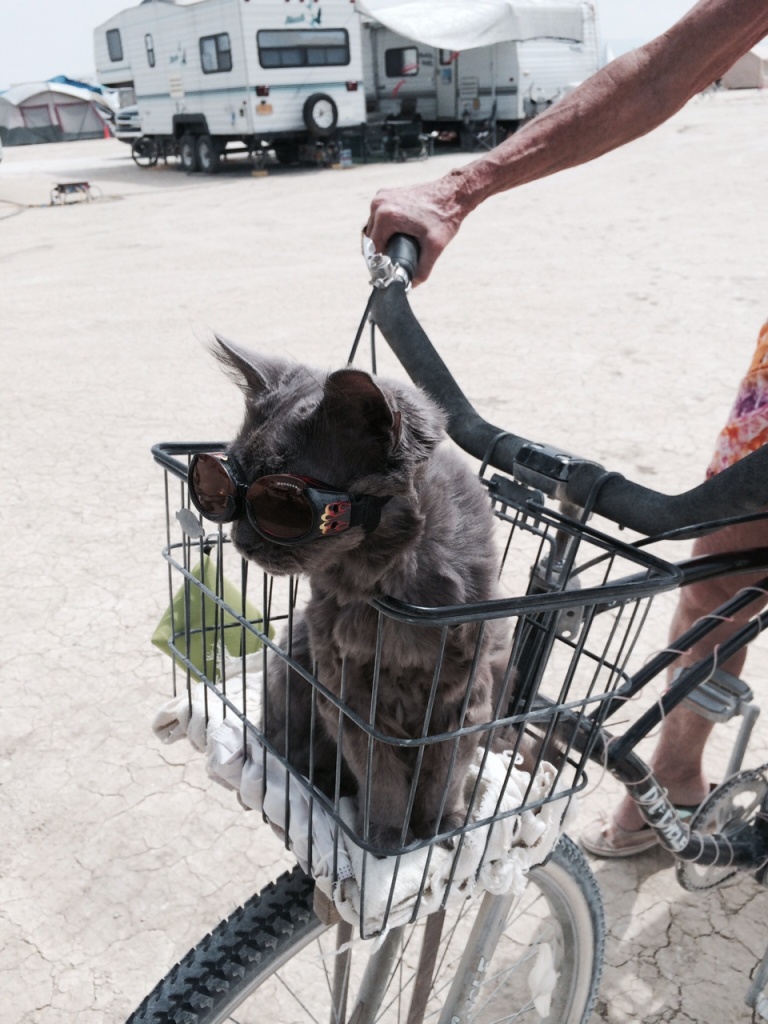 Bela riding in the basket of my bicycle. This photo was taken after Bela’s Big Adventure. I lost her on the playa this year, a first in her 10 years attending.

Blea has a medical condition. In a human it would be called Terminal Constipation. Enough about the condition; you get the idea. We’ve managed over the years with various interventions. This year when she had a flare (she’s not had one in 6 years out there), I reacted completely wrong. Totally made things worse. At home, I get her to run, loosen things up, so to speak. That night on the playa, she ran off into the dark. There followed a very, very anxious 12 hours. I did not sleep and tore a quadriceps muscle crawling under RV’s calling her name softly, all night long. 6 weeks later, leg still hurts, a lot.

She turned up 6 blocks away in the camp of a dear friend, the Go-To Girl herself,  Ranger Shiho. I can’t wrap my head around a little kitty crossing 6 Black Rock City streets in the dark and announcing the arrival of her terrified self in the camp of someone I know well! I camp at 7:30 and K. Shiho’s camp is at 9:10 and K. Are you with me? This is extraordinary! Shiho can hardly believe it as well. Bela could only be handled by Shiho’s brave campmate, Ted wrapping her completely in a towel. Further kudos to Rangers Carmella and Mickey for taking her in and doing their best to be good sitters/step-parents.

I have boasted in the past that Bela would never lose track of her food bowl, thus I had no concerns for her getting lost. I was wrong. Mea culpa. Probably took years off both our lives. Judging by her condition now, we will both be back on playa next year. BM2015, the best year. 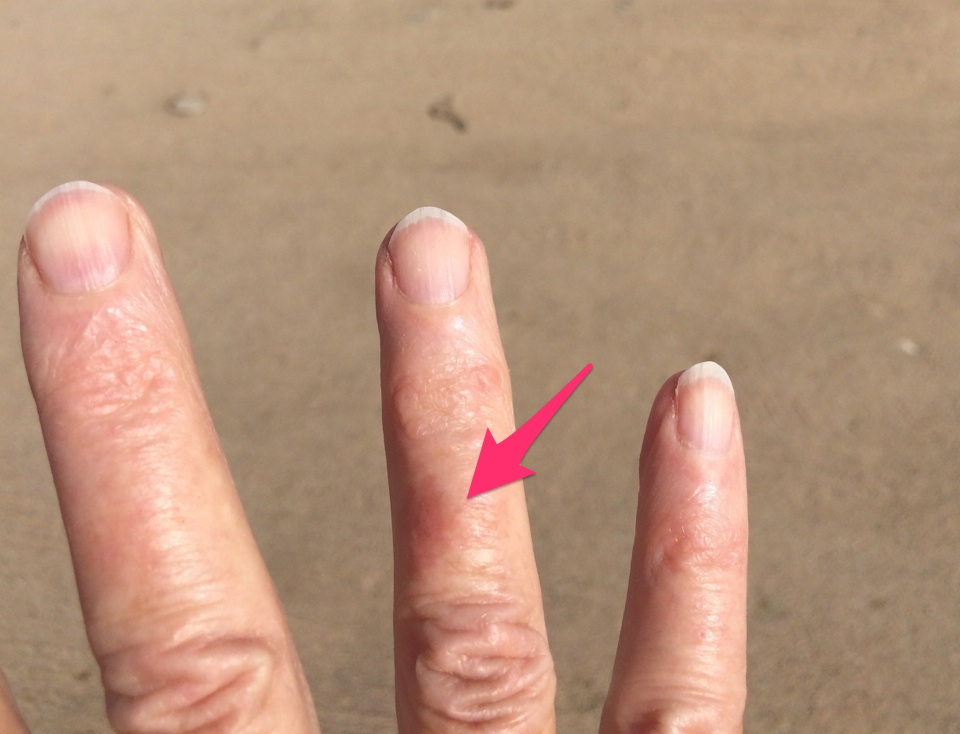 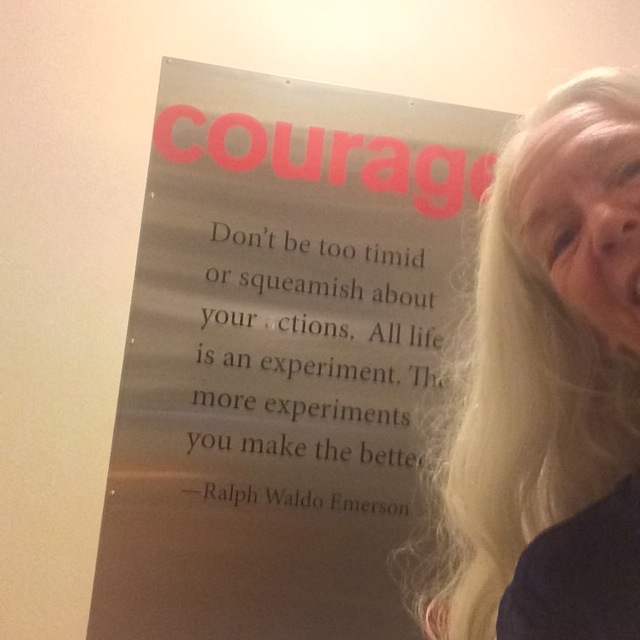